One piece of advice I seemed to get from everyone was don’t stock up on newborn sizes. Most babies don’t even fit in newborn and go right into 0-3 months. That made sense, of course it did. Until it didn’t. Until we found out Ainsley was going to be a little nugget. Until she about 5 pounds only a few days before she was born.

After getting the news of her upcoming eviction date, we left the doctor’s office and went right to Babies R Us, Target, and Carter’s. Everything seemed so small! Then I started Googling things like Cervadil, Pitocin, inducing labor, babies that are too small – pretty much anything I thought of. Don’t do that. In fact, never Google any medical ailment you or a loved one has or you’ll end up thinking you have scurvy (true story, my brother-in-law really did think he had scurvy).

We had seven days until I would be admitted into the hospital. I was grateful New Year’s Eve and a few vacation days fell into my last seven baby-less days. I spent them binge-watching Making of a Murderer, starting Friends from the beginning and rearranging my living room about 6 times, putting it back to how we had it originally.

Oh, and we also had construction going on. DON’T PLAN A CONSTRUCTION JOB RIGHT BEFORE YOUR BABY IS DUE. We were told it would take 6 weeks. It took almost double that, and double the price. For the weeks leading up to Ainsley’s birth, and 7 weeks after she was born, we had bathroom fixtures and tiles and paint and dust and random men everywhere. My dining room became their storage unit. We were adding a master bath and master closet – which meant packing up our entire bedroom and closet and moving into our tiny guest room. There was literally enough space for the bassinet, bed, two dog beds and about 3 inches left. Adam had to crawl over boxes to get into bed. It sucked. But I also thought it’d be done by the time we brought her home… more on that later.


A few days before I had to head to the hospital, my mom came down from Pennsylvania. Having her around made me feel calm and also anxious. She thought of things that I didn’t think of – like nightlights for the nursery, moving furniture around to fit the pack and play and just holding my hand during those times a girl just needs her mama! Hubs was great, don’t get me wrong, but you know how your mom just makes everything even better. Moms are also better shopping buddies, so we spent the weekend shopping for last minute items for the hospital and food for the house when we got home.

So here we were. Monday, January 4, 2016 and I had to check in to the Labor and Delivery wing at 5pm. My mom, hubs and I carried two bags, two pillows and all my nerves up to the second floor. The nurse typed out a bracelet for me and brought me to my room. That was it! Just like checking in to a hotel, except I got a bracelet instead of a room key. The room even had little travel toiletries in the shower! The nurse told me to put on a gown and get in bed. There was no turning back now (not like I had a choice, but in the moment I thought maybe I could prolong this by another day or two).

By 6pm, I had an IV and was checked by a nurse and doctor. It amazed me how efficient everyone was with very little hoopla. Didn’t these people know I was about to give birth? To a living, breathing child? To my very first offspring? Where was all the celebration and fuss?

Next was the Cervidil. I like to block that part out because it hurt. A lot. I think this was partly because I didn’t have any pain medicine, but mainly because my nurse had giant hands. She had to shove this little medical tampon-thing in my vagina. She wasn’t gentle about it and she didn’t apologize for it hurting. I was beyond grateful at 7pm when a new nurse came on duty. New nurse asked me things about the baby’s name and whether I planned on breastfeeding (which she turned out to be very encouraging about).  Around 9pm, new nurse told me I had an hour to eat my “last meal,” which neither hubs nor I planned for. We had 3 bags of gummy worms packed. Needless to say I was famished, so Adam went to Arby’s. My last meal before Ainsley was Arby’s! Which I happily ate.

Beside the fact I was lying in a hospital bed, in a gown, hooked to an IV, it was a very low-key Monday night. I was on season 3 of Friends, which I watched on my iPad while Adam watched sports and worked on his laptop. We got very little sleep, but not for lack of trying! 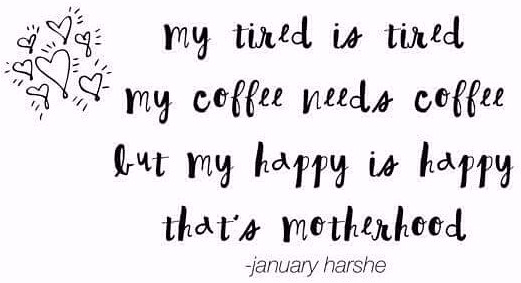